The New Politics of Sex -- the truth of the matter 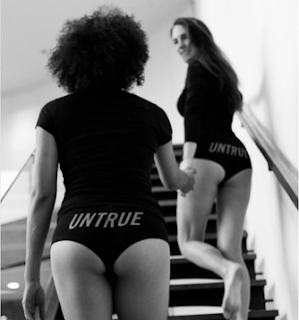 Continuing with Stephen Baskerville, I am focused on ensuring an exhaustive presentation of this 2017 book,  The New Politics of Sex.

No sexual ideology has ever before appeared, and its unprecedented power is at once obvious and disguised. 'Obvious', because it is not difficult to see that politicizing sexual intimacy permeates far deeper into the human psyche, unleashes energy and emotions, and disrupts relationships and institutions far more fundamental than those attached by radical ideologies of the past.


The capacity for the intrusion into this private sphere of life is without rival since the bureaucratic dictatorships of the last century and potentially surpasses even them.

Within this quote, another from Robert Bork, written some years ago.


Radical feminism is the most destructive and fanatical movement to come down from us in the '60s. This is a revolutionary, not a reformist, movement ....  Totalitarian in spirit, it is deeply antagonistic to traditional Western culture and proposes the complete restructuring of society, morality, and human nature.

Finally, this movement fails to offer what it purports and promotes as possible; that is, that females and other sexual minorities can gain superiority through the state, by attempting to exchange traditional familial patriarchy for the state's form of patriarchy.  What this movement fails to realize is just how brutal the state will be; that, as a power that functions solely by force, the state will consume this movement--exhausting it for their gain--leaving a wake of casualties--as it always does.  This movement is doomed simply because it has forgotten that social strength is freedom in contrast to state power.

The state is a "fearful master", so warned George Washington.