Voltaire – for those who venture 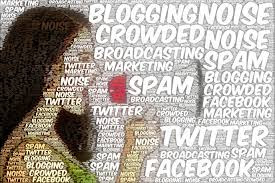 Our wretched species is so made that those who walk on the well-trodden path always throw stones at those who are showing a new road.

Are we, wretched?  Is wretched measured by our resistance to and defiance of new ideas, other ways?

To begin on this thought, this concept, is to consider that some and maybe most seldom understand—or want to understand—before commencing with rock throwing.  They would rather just let the rocks fly rather than take the time to understand, so it seems.

But there is more to the masses than individual ideas, thoughts and belief, and all that makes for our thinking, feeling and doing. Sometimes and maybe more times, the individual is persuaded by pressures, the media and the state.

Take for example the campaign some years ago, recognized as “The Deadbeat Dad”:  the man who fails to pay child support, no matter the reason; the worthless pile of shit.
For all such men out there (including me), does anyone ever wonder or go so far as to ask,

“Does he get to see his children?”

Maybe not; because to do so, one would have to break from the established idea, the well-trodden path, and see the matter as a parent—rather than as one who accepts this one-side of the matter and as the whole of it or worse yet, presumes all men are Deadbeats.

For those who brave to venture, the realities of life await; not what one hears or even sees in the media and the state—their agendas—but evidence to the contrary, your own as one with a mind and heart and more, the courage for truth.