The Justice System and the Plea Bargain 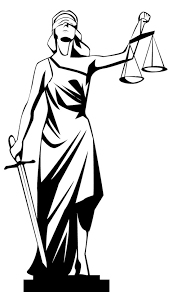 The System Of Justice  suggest that, as a system, it has order and the rule of law; the objective to determine guilt and render a just, evidence-based decision.

This system however is not just, fair or anything of the sort.

In the process of a decision is the collection and circulation of evidence; a process, Discovery; a potentially crucial period in adjudication--presuming that the accused is innocent until proven guilty beyond a reasonable doubt.

If such is not brought to bear, a decision based on evidence, then what is left but the Plea Bargain.

What is the Plea Bargain?

The Plea Bargain is compelling the witness or defendant to self-incriminate.

How does this work, the Plea Bargain?

The Plea Bargain begins with the Prosecutors power to determine guilt prior to a trial--even the hearing; this presumption of guilt, combined with the disclosure of the full measure of the law as a sentence, is what compels the witness to plead guilty and thus accept guilt without a trial. In short, the witness generally chooses the lessor of two evils by accepting guilt--without the presumption of evidence and without the completion of Discovery.

Is this right, the Plea Bargain?

Given that a defendant is freely given certain rights under the Fifth Amendment:


...the answer is, NO, the Plea Bargain is a violation of the Fifth Amendment and therefore is not just, not a true System Of Justice.

Our System of Justice is designed and operated as an unjust system; and thus, Lady Justice neither bears the sword of truth or the balance of fair scales, but on the contrary, she openly violates the rights of the defendant everyday in excess of 98% of all criminal cases.