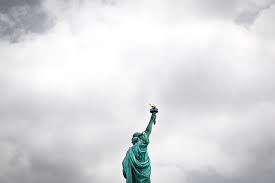 On such abuses of power, Voltaire,

The sovereign is called a tyrant who knows no laws but his caprice; who takes the property of his subjects, and afterwards enlists them to go and take that of his neighbors.

To what (form) of TYRANNY do you tolerate, prefer?

I should less detest the tyranny of a single one, than that of many. A despot has always some good moments; an assemblage of despots, never.

Better to face one than more...many, a cabal or cartel.

Be ye warned that,

So long as the people do not care to exercise their freedom, those who wish to tyrannize will do so; for tyrants are active and ardent, and will devote themselves I the name of any number of gods, religious and otherwise, to put shackles upon sleeping men.

From another, not French but English, G. K. Chesterton:

Of all tyrannies, one sincerely exercised for the good of its victims may be the most oppressive.

And as it is, long predicated by James Madison,

The means of defense against foreign danger has always been the instrument of tyranny at home.

And he believed that there are more instances of the "abridgment of the freedom of the people by gradual and silent encroachments of those in power than by violent and sudden [abuses]."
Heard in silence lately, seen in encroachments, gradual or grandiose?

The accumulation of all powers, legislative, executive, and judiciary, in the same hands [ ] may justly be pronounced the very definition of tyranny.