No Greater Abuse of Arbitrary Power 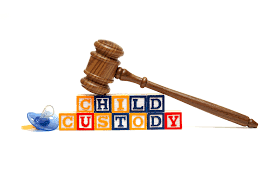 I begin with a quote from Isabel Paterson:

There can be no greater stretch of arbitrary power than to seize children from their parents, teach them whatever the authorities decree they shall be taught, and expropriate from the parents the funds to pay for the procedure.

Who seizes children from “fit” parents—contributing to fatherless families—and imputes that same once-parent, expropriating funds for the children unjustly taken from them?

Every day across our great country, families are systematically separated, a consequence of divorce.  In truth, the process forces:


The State might argue (if it happen to be) that such force is necessary and that, in actuality, the parent remains associated to his child, children.  If however any such person representing The State, themselves a parent, broached such a response as a parent—as an individual rather than an institution—they would see the matter as it is, the truth:

The State unjustifiably removes children from the care of a parent, usurping parental authority and thereby legitimate parenting.

Child custody is criminal when fit parents are discharged from their rightful duty as a parent.

Child Support (Title IV-D) of the IRS tax code is a federal program that subsidizes primary custody, paying its subscribing states in proportion to the collections—establishing the incentive for the court’s to force one parent into conditions described above.

Finally, these actions by The State are not about the best interest of the family, community and society, but about the subsidies garnered via Title IV-D.  Yes, it is about the money.
Posted by H. Kirk Rainer at 1:51 PM