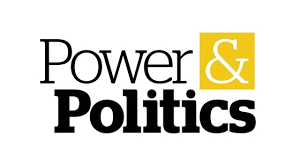 One may be duped into believing that the President is actually the master & chief.  One may also believe that all State elections are fair—not engineered to derive a certain outcome or result.

As to the first belief, Douglas Adams, The Hitchhiker’s Guide to the Galaxy

The President in particular is very much a figurehead — he wields no real power whatsoever. He is apparently chosen by the government, but the qualities he is required to display are not those of leadership but those of finely judged outrage. For this reason the President is always a controversial choice, always an infuriating but fascinating character. His job is not to wield power but to draw attention away from it.

Is this true of our own..., the present day and perhaps the future for as long the electoral exist?

Politics wields POWER because it is not beholden to the truth.  Simply put, politicians lie to include The Media, its messenger.  Add to this system BIG BUSINESS and what you have is a protraction of POWER seemingly without match, rival.

Politics does not gain POWER except by seizure: first with fear as a condition for which The State is then fueled for growth, expansion and extension; second, with funding by BIG BUSINESS for which, in exchange, the elected and appointed do the bidding their bidding.
As Albert J. Nock describes, as social strength wains political POWER rises.

What the State does not acquire through the means described above, it does so by incessant borrowing—which is simply robbing from the future—our future!  It should not come as a surprise that our capital is now has the highest average income in the country.
Posted by H. Kirk Rainer at 3:03 PM