POWER & Sex - to add to much written about power

In this addition, I look briefly at sex and POWER. 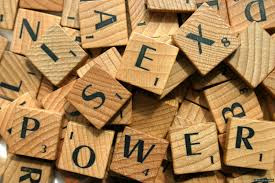 It is Oscar Wilde,

Everything in the world is about sex except sex. Sex is about power.

…which is to say that sex is nearly everything.

As I think about this, a line from the 1985 film, “The Big Chill” where the character played by Jeff Goldblum, says,

Everyone does what they do to get laid.

…which of course is not true, right, but still relevant some of the time.

How sex is related to POWER, seems less a question to anyone of age; more, a given fact for those that use—and are used—in various ways that act on and manipulate men, their libido, to acquire something from/for something (else).

Today, sex is increasingly attaining political traction; used to implicate some of presumed higher standing to undo them, their climb to POWER thwarted by allegations ranging from solicitation to assault, abuses of POWER one way and/or another.

But sex has always been a weakness for men, right? Biblical figures like David and Samson succumbed to their sexual desires, abusing powers and committing a series of egregious acts leading to one or more deaths amid misfortune and maliciousness (David and his son, Absalom).  Both lead to downfall, death and disparity, coupled and perhaps caused by the abuse of POWER.

In both of these affairs (ancient though they be) the abuses of POWER run rampant.
Plato said,


The measure of a [person] is what he does with power.

The abuse(s) of POWER are more likely when the plot or plan conceives much to gain and little to lose; and more, perhaps subsequently, when the conscience of the person(s) leaves little constraint.  A person will lie--even in court--if they believe no adverse consequences for them.  This consequences might be called "a moral hazard"--as applied to finance--that when the gains seemingly far exceed the losses (risks), the choice seems a "sure thing"--which is to say nothing of the impact and pain foisted on others.  .

This conception however seldom survives the actual consequences seldom match, the end result sometimes immeasurable pain and loss. If you don't believe me, ask Samson or David.