Good that can come

It is sometimes considered that when the going gets tough, the tough get going.

This morning, I think about this question, “Who is tough,” and turn to the scriptures to one who seemed as tough as they come (really, it was Go 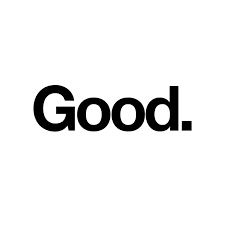 d who was/is tough and this one, and others, who turned to God for help and hope, courage in the course of hard times).

Daniel speaks of God and in chapter 2, says:

Praise be to the name of God for ever and ever; wisdom and power are his.
He changes times and seasons; he deposes kings and raise up others.
He gives wisdom to the wise and knowledge to the discerning.He reveals deep and hidden things; he knows what lies in darkness, and light dwells with him.

Daniel continues to celebrate God’s revelation of the Babylonian King’s dream—the one who hold him captive; for in this magnanimous interpretation, Daniel has been saved it seems and moreover, recognized as to God, his king.

It is those as Daniel that are “the tough”, not because of his own merits or manner but because of his reverence and obedience to the King of kings,  Lord of lords, Creator of creation, God—who does depose human kings and raises-up others however such kings perform and prosper.

Further ahead in the scriptures, Micah says,

He has shown you, O Mortal, what is good…what does the Lord require of you?
To act justly and to love mercy and to walk humbly with your God.

That “the tough” act justly, show mercy, and walk humbly is the good that can come.

Help us to be “the tough” not as the world suggest or displays but as God does show us to act.