Every individual for themselves, given what is coming - CIVIL or uncivil 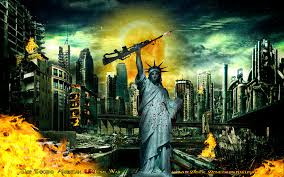 But such will shake some up; not all and perhaps not even most, but some will be shaken.

No, not earthquakes--though such is certainly possible--but the political, economic, and societal changes already planned...unfolding--more uncivil than civil, more internal conflict and contention than external forces or so-called existential threats.

Is it coming or is it already here?

There is civil disobedience but, as to this warning, the present, apparent protests and gatherings are small business compared...

What is coming is organized and orchestrated; not for liberties-privileges as a "voice" but rather to out or zap social strength, the stamina to withstand political, economic and social such pressures, however obscure but oppressive no less.

And what's more is that most will simply comply or conform to it, with it and by it.
Yes, most will willingly and unwittingly Just Do It.